Showing posts from March, 2012
Show all

Why bother with stepping in stances? 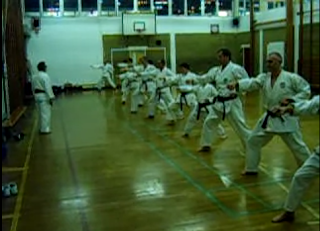 Introduction My preceding discussion about the pitfalls of "natural stepping" 1 has prompted me to address the issue of why so many karate schools put great emphasis on stepping in basic stances. Certainly, historical factors play a role: just before and after World War II, karate was popularized in Japan as a kind of exercise for school children. Karate masters like Gichin Funakoshi (who was a school teacher and who is credited as being one of the first to introduce karate to mainland Japan) are said to have quite deliberately tailored their classes to mass teaching, emphasizing basic training in large groups, often at the expense of bunkai (applications) and more in-depth understanding. When Westerners came to Japan in the post-War years, this "basic" karate was generally what they encountered - and naturally it was this karate they brought back. To some extent, this "basic" karate remains a fixture in classes right around the world to this day.
11 comments
Keep reading

Introduction In my article " How the internal arts work: Part 1 " I discussed the issue of "dead time" as it occurs in natural stepping. I also alluded to it in my recent article: " Reversing momentum: "dead time" or useful tactic? ". The topic of "dead time" is so central to my own martial theories, particularly those of the internal arts of China, that I thought it best to make this the subject of a dedicated article. After all, as I will explain in future articles, the internal arts go to great lengths to deal with "dead time" and other issues arising from natural stepping. Meanwhile practically every other traditional far eastern art also avoids natural stepping as much as possible, preferring what is known in Japanese as "yori ashi" ("okuri ashi" in kendo) and "suri ashi" - ie. shuffling steps where the front foot advances first, followed by the rear foot. Nor is this avoidance
8 comments
Keep reading 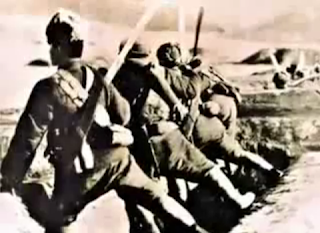 Introduction In my recent article " How the internal arts work: Part 1 " I discussed the issue of " dead time " - ie. time which is not productive or efficient in relation to achieving your desired outcome. Some of the comments made in relation to that article raised the issue of whether "reversal of momentum" is a subset of " dead time ". I believe that there are many instances where reversal of momentum is far from " dead time ". This is true of both unarmed and armed fighting. In fact, as I will detail in a forthcoming article, taijiquan makes extensive use of this tactic. However my recent immersion in the study of traditional Chinese swordplay, including the long military saber most recently known as the miao dao 苗刀 (used by the Chinese military in the Second Sino-Japanese War ), has provided at least one other concrete example of why it is sometimes necessary (and useful) to reverse your momentum. Reasons for reversing
4 comments
Keep reading
More posts