I have been training continuously in martial arts since 1981.  My studies have included the following:

In 2009 I was accepted as a first generation bai shi (inner door student) of Grandmaster Chen Yun Ching of Taiwan, son of the late Chen Pan Ling.  In that capacity I share in the honour and obligation of preserving the encyclopedic body of traditional knowledge passed down from Chen Pan Ling to his son Chen Yun Ching.

I am one of the few instructors  teaching rarer “internal” arts such as xingyiquan (hsing i chuan) and baguazhang (pa kua chang) in the Perth area, and certainly one of the only instructors fortunate to have a direct  (first generation) lineage to one of China’s grandmasters.

I am currently the Chief Instructor of the Academy of Traditional Fighting Arts based at the Bayswater Martial Arts and Yoga Centre in Perth, Western Australia. 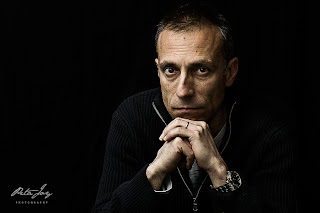 I am the author of the award-winning blog on this website as well as two upcoming books “Essential Jo” and “Understanding Karate”.  I have a number of other projects “in the pipeline” (as always!).

I am committed to teaching the traditional martial arts not as a sport, but as a method of practical self defence, a holistic platform for health, fitness and well-being, and a means of artistic cultivation and expression.  I feel that traditional martial arts such as karate, taiji (tai chi) and other gong fu (kung fu) styles are ideally suited to this purpose.