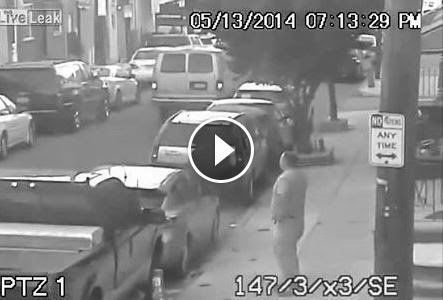 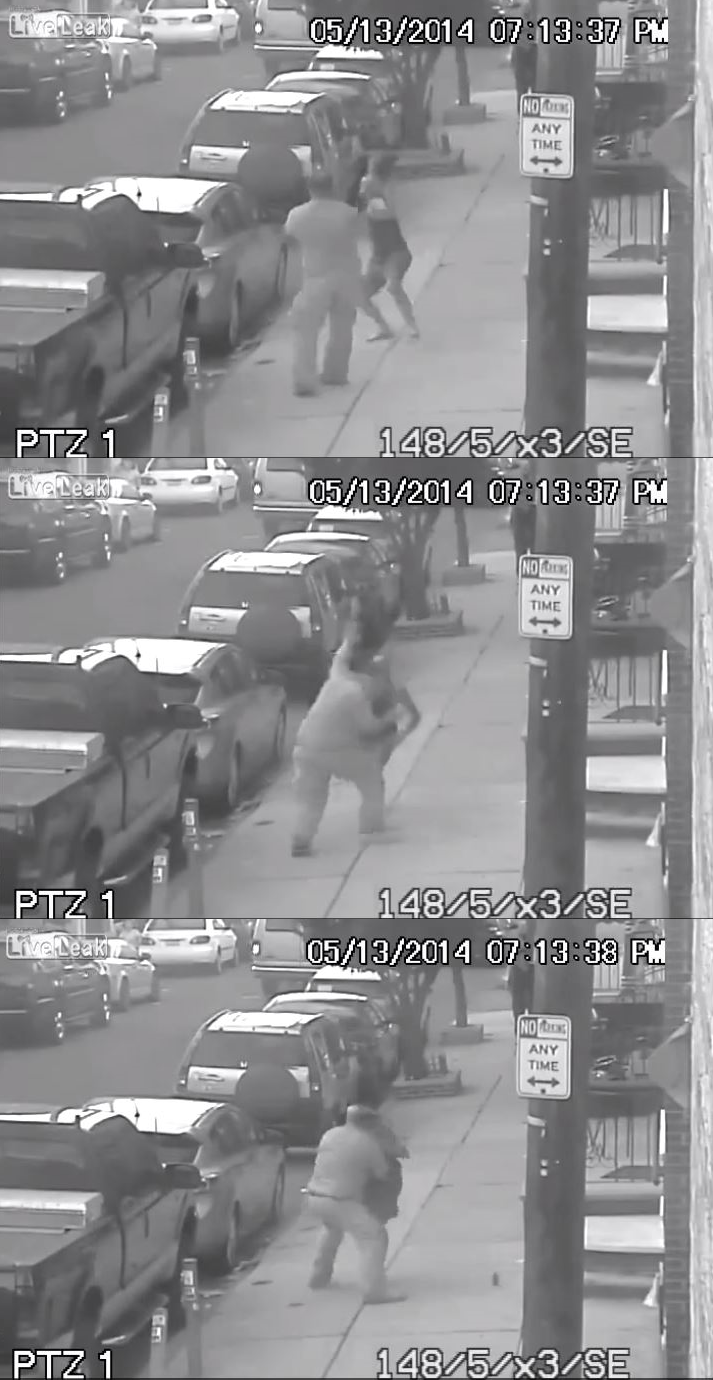 The defender is attacked by a fellow who runs at him from a distance with bat or pole.

The defender responds by stepping off line inside the circle and moving his hand upward to deflect.

In doing so he contacts the shoulder first, jamming the attack at its source. This is known as "cutting the supply lines". This instantly takes the bulk of the force out of the attack.  This is the favoured tactic of arts like arnis/escrima/kali when defending against weapons: jam the slow moving parts of the body.

In aikido terms the approach would be an "irimi" - ie. "entering" - however there is no "turning" ("tenkan") or other "blending" as is typically seen in aikido.

The defender also manages to deflect the attack by sliding up the attacker's arm, "slicing" aside the remaining downward action  (probably a high hiki/kake uke or a kind of "steeple block") (note - he doesn't have to "smash" it).

He moves to a what looks like a shoulder hold, then converts to a choke hold which he maintains until the attacker passes out.

And they say "blocks don't work" or "there are no blocks" and "blocks are just strikes in disguise"!

Well here is an example of someone who actually used a deflection properly in civilian defence; someone who, even with the advanced notification of his attacker running at him from down the street, chose to use a defensive technique to respond to the attack - not an offensive one - and did so with brilliant effectiveness. 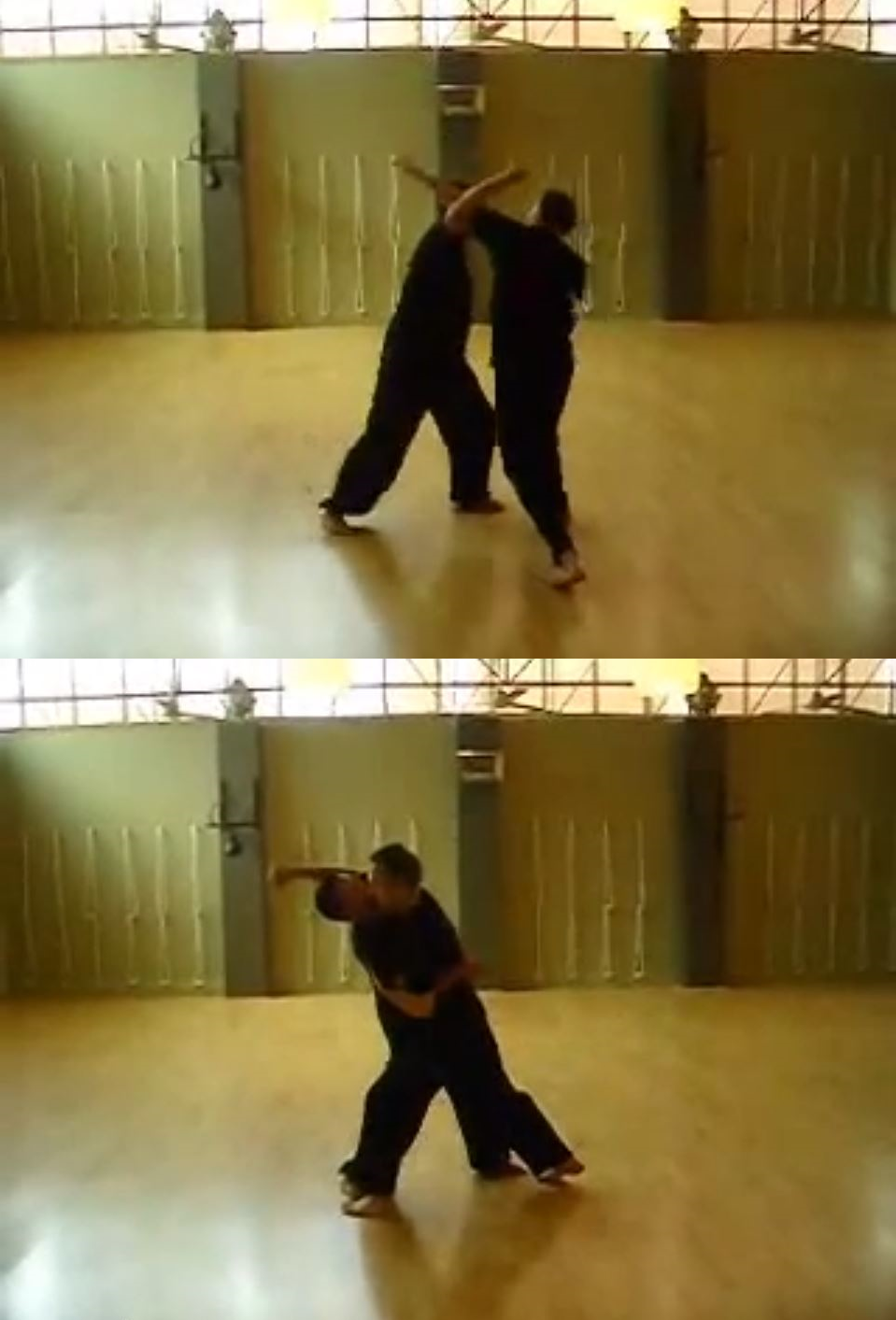 Now I'll wait to hear from the many correspondents who typically say things like: "I would have just hit him first" and "the best form of defence is offence" etc.

I challenge those who advocate a "strike first" or "attack, attack, attack" policy  to consider how they would have fared in the same situation using such a policy instead of the one that was used here (ie. putting defence first).

And I'd ask them to remember that in this instance there was even the advanced warning provided by the attacker visibly running at the defender from a distance...

As an aside, I really like the way the defender uses the same "zig zag" entry that we use in our "nagegata" or "touxing" forms.

This is an entry and technique that I've often had to defend against critics who have said: "That won't work - I've never seen it used in MMA."

Well the answer is, of course, that civilian defence and MMA do call for subtly different tactics - particularly when weapons are involved.

My good friend Ryan just noted another thing about this video: it features the sort of "charging attack" that arts like aikido defend against but which supposedly never happen "in the street"...