Showing posts from September, 2014
Show all 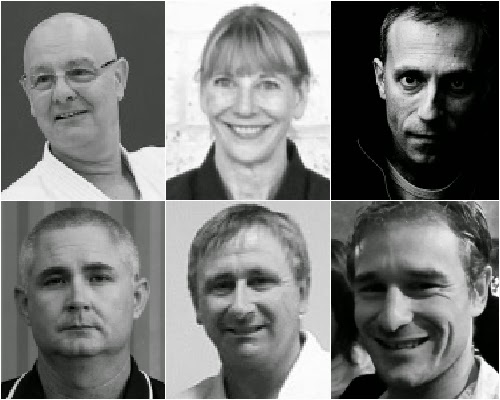 Last weekend I had the privilege and honour of being one of the featured instructors at the 2014 IAOMAS conference. I have to hand it to my long-time friend and colleague, Colin Wee of Joong Do Kwan, the IAOMAS Coordinator: everything ran like clockwork. Colin also managed to assemble a very diverse, yet mutually compatible and reinforcing, group of instructors and managed to attract a participant group that was especially open-minded, friendly and well-skilled.  The net result was a very enjoyable and informative experience. Proceedings opened with Dr Nigel Farrier of Martial Arts Education Centre whose topic was: "Using your body more effectively for weight transference and generating speed. I followed with my topic: "Fighting in the ‘melee’ range; understanding the significance of ‘toe to toe’ fighting in civilian defence, distinguishing it from sport fighting, learning to dominate it and avoid collapsing into the clinching/grappling range". We then broke f
Post a Comment
Read more 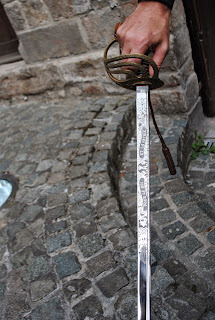 In my article "My unlikely relationship with the jian - sword of civilian defence" I opined that the jian was a weapon of civilian defence .  Aside from the Roman and Greek swords and the longsword, true battle swords tended to be curved, single-edged weapons that were used for cutting - ie. sabers. Here is an extract of my article: Unlike the Chinese dao (single-handed saber) and dadao (two-handed saber) (both used by the Chinese military) or the Japanese equivalent, the katana (also a military weapon), the jian is  straight and  double-edged . This means it is not optimized for cutting, but for  thrusting . Optimization for cutting requires a curve. And a curve often (though not always)  leads to single-edged weapons... It should come as no surprise that on the battlefield,  melee range  weapons are best employed in terms of the former, ie.  cutting/slashing with an edge . Being able to thrust with the point is, at best, an adjunct use... [O]nce you are dealing wi
Post a Comment
Read more 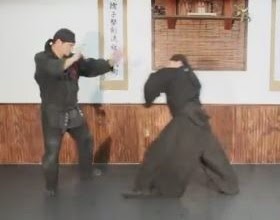 I've previously mentioned that I once interviewed a "reality based self defence expert" on my radio show.  The subject came around to fighting in the ring/cage and he opined that he didn't spar because his techniques were "too deadly".  Then he added that if he ever got into the ring/cage he didn't know what would happen. "I'd most probably kill someone," he said. I had to hand it to my other guest, Sifu Vincent (a man who has considerable ring experience).  He was so diplomatic and self-effacing in the way that he dealt with this (absurd) statement.  (I remember he said something like: "Really?  Oh my!  You see, unlike yourself, I really don't know how I would fare in a real confrontation!") Of course, the RBSD "expert" was full of it.  Sparring isn't fighting, that's clearly true .  But if you never spar (at least in some fashion), you never get past the starting block in terms of judging what you
Post a Comment
Read more 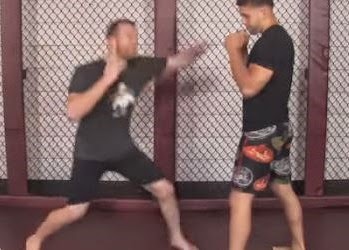 A while ago I wrote a lengthy treatise on timing your foot to land with your punch .  I called it a "secret".  And given the private mail I got on the subject arguing vehemently with me, it looks like for many it was a "secret" - or at least something totally unknown. But looking around I see the same technique used commonly in boxing/MMA.  So, surprise: another traditional technique turns out to be nothing more than common sense.  And common knowledge amongst people who actually bother to engage in some form of contact (and not against Michelin Man suited zombies ). Consider this guy's video.  Note his punch (standard kizami zuki, ie. karate " lunge punch ".  Note his stance (standard zenkutsu dachi) which is only transitional .  Note his follow up step (straight yori ashi).  Note his finishing stance (straight out of arnis). And note the timing of his foot - straight out of traditional martial arts as I previously discussed . Once you get
Post a Comment
Read more 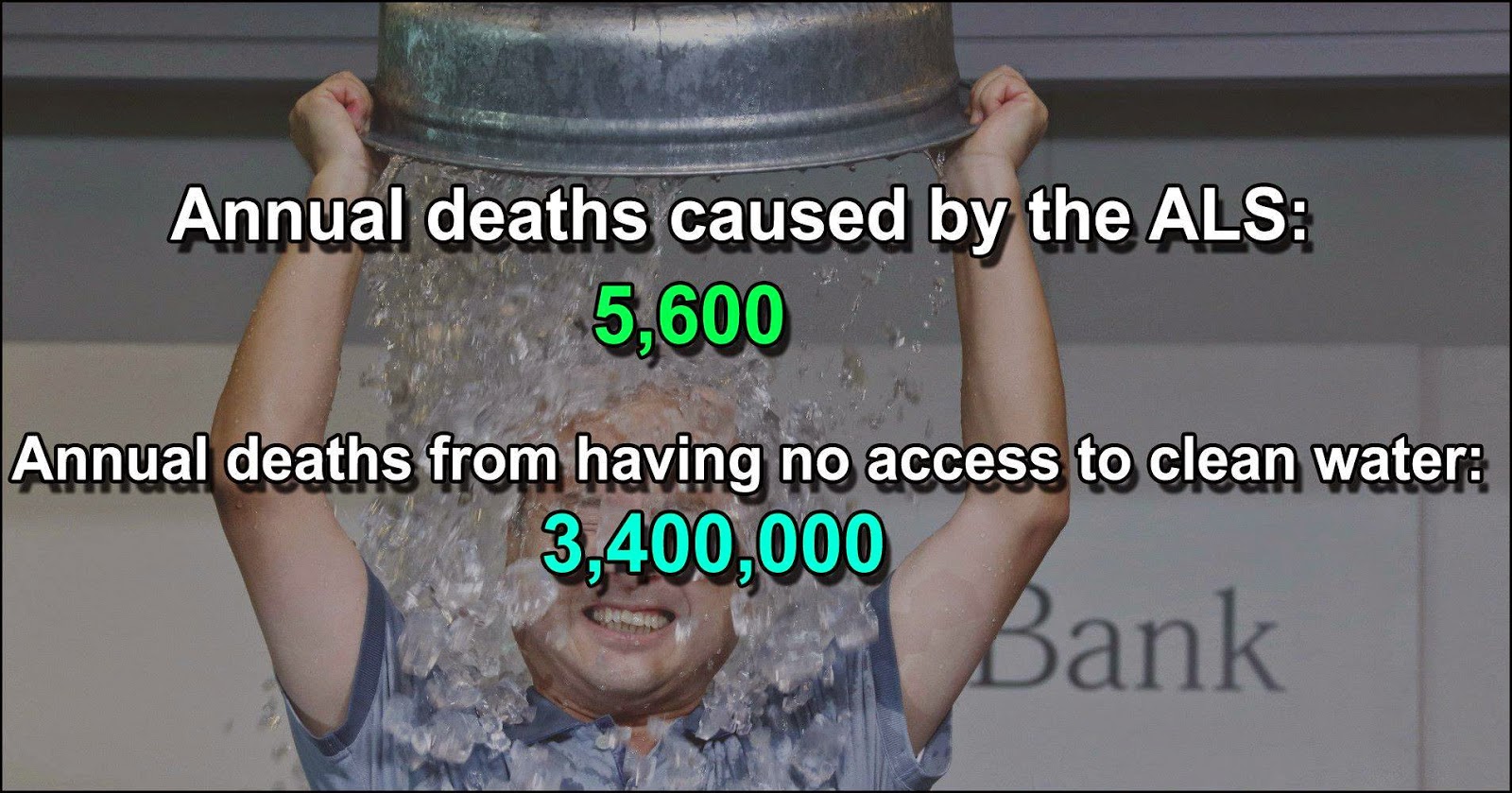 So you're sick of the ice bucket challenge eh? I mean, you've already heard the stats: so few people get ALS - so why are we raising a disproportionate amount of money on this illness when there are far more "worthy" ones - at least in terms of human suffering. Heck - clean water supply is a bigger issue isn't it? Yet here are people wasting clean water - wasting it - on some stupid challenge to raise money for some piddling little condition that almost no one suffers. I mean, you heard it on TV right? And now we hear that ALSA is trying to claim intellectual property over the whole ice bucket thingy - despite having nothing to do with it initially.  What gall! And now you hear about fraud - that's right fraud in ALSA .  Some 73% of the money isn't going towards researching this condition! Except that these arguments have more holes than a colander through which you can pour iced water... First, there is no fraud .  I'll let you do
Post a Comment
Read more
More posts