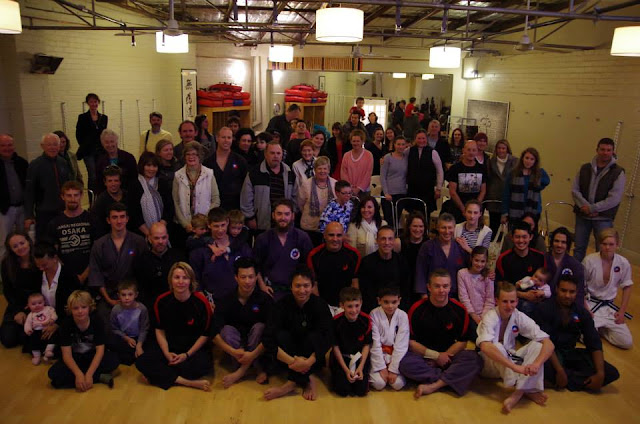 I was honoured and privileged to attend and participate in the 30th anniversary festival for our school yesterday.  What a blast!  Over two hours of martial arts demonstrations by all the students of the Academy covering almost our entire syllabus - ranging from karate kata and bunkai (applications), embu (our two person forms), tuide (grappling), throwing, jo and bokken, sai (tie chi in Chinese), jian (Chinese straight sword), xingyiquan (single and two person forms) and taijiquan.

Having not seen many of the students for a while, I was flabbergasted by the improvement in their skill, timing, knowledge, creativity and toughness. They know so much more than I did at their levels - and can execute it under pressure, with power and efficiency and without flinching. I suppose that goes to show that the old saying is true: "Poor is the student who does not surpass his or her teacher"!

Those who want to see more pictures of the event can do so here.

Speaking of improvement, we also screened the video below as  a retrospective of the last 30 years.  You can see me as a white belt in my first grading, all the way through my early black belt years, my more physical youth up to the present.

I want to congratulate all of the students of the Academy of Traditional Fighting Arts in Perth on their achievement at this festival.  In particular I want to thank my brother Nenad, our school's headmaster, and our friend and senior student Sensei Jeff Cosgrove who organised the event so professionally and efficiently.

Hopefully I'll have a video of the demonstrations sometime in the near future.  Stay tuned! 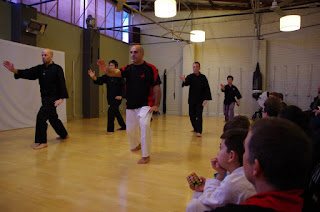