October 26, 2015
Possibly one of the most neglected surfaces of the body in the art of deflection or, as I've called it, interception, is the upper arm/shoulder.  It just doesn't seem practical.

But it all depends on where the punch is launched from.

If the punch is a high cross, jab or hook - sure: the shoulder can be very hard to use.

But if the punch has any "rising moment" to it - whether it is a pure uppercut or merely a slightly rising cross - the shoulder/upper arm can come in very useful; particularly if you're caught in a surprise attack, where your shoulder/upper arm may very well be your last line of defence. 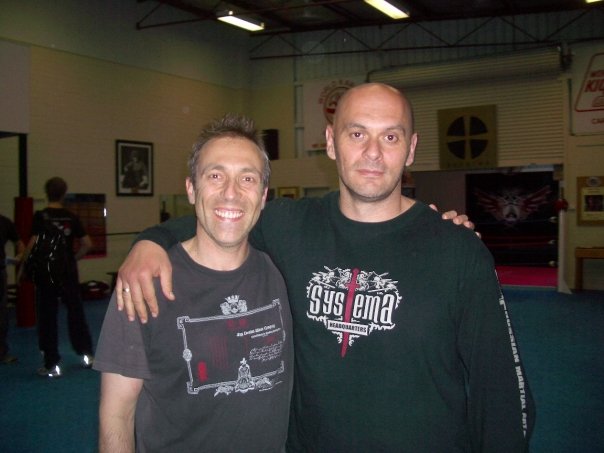 I really began to realise the utility of this surface as a tool for interception when practising systema with Alex Kostic.  In systema, you learn to "ride" blows, and this frequently involves "rolling' them over and around your upper arm - even if you have to shrug your shoulder slightly.

Both the Chinese and Okinawan arts solve this problem by using stances to get you into the right position for shoulder use.  In particular, the horse stance can drop you into a position where the shoulder is the natural point of early interception for any rising punch.

I recently filmed two examples.  One is from Feng quan 2 - the second mountain top boxing form:

I also filmed this example from Seipai kata from goju ryu:

It is salient that both moves occur pretty much at the opening of the forms.  I guess it indicates that upper arm/shoulder interceptions/deflections really are "last line of" defence, when all others have been breached in a surprise attack (which the kata assumes at the outset).

It's also salient that both examples deal with a flurry of punches intended to overwhelm you - but which you can subvert starting with the "desperate" and "last second" upper arm/shoulder deflection, followed by a "sticky movement" ("muchimi" in Okinawan) that lets you read and follow your opponent's movement and "turn the tables" in very short order.