A year of activity - and controversy... 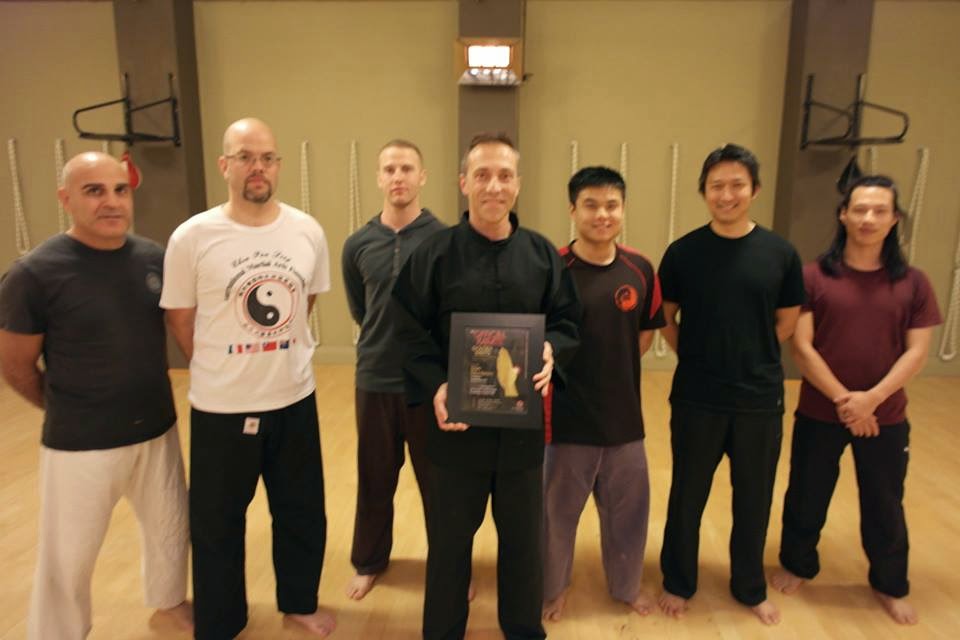 My regular readers will note that it hasn't exactly been a standard year for this blog.

I started off with two fairly meaty (I think anyway) articles in January relating to the karate maxim "karate ni sente nashi" ("there is no first strike in karate") and a fairly big post on traditional techniques in MMA in February.

But from that time until August I wrote almost nothing here - just a few "micro blogs".

Even my January and February posts hardly reflected my usual average of 4 or so large (at least 3,000 or so words) articles per month (something I've maintained since I started blogging in 2008).

So what happened?  A very busy year, is the answer:

Writing a novel in 3 months

Somewhat surprisingly (for me and others) I used the period of 24 December 2013 to 26 March 2014 to write a novel - The Mirror Image of Sound.  This was published in instalments in "real time" (on a blog dedicated to this project).

[Those who want a synopsis can read it here - it's ostensibly my "diary" for this period (of course, it isn't).]

Needless to say, I finished this exercise as planned, which I consider to be quite an achievement: 450,000 words (about 500 pages) in almost exactly 3 months. 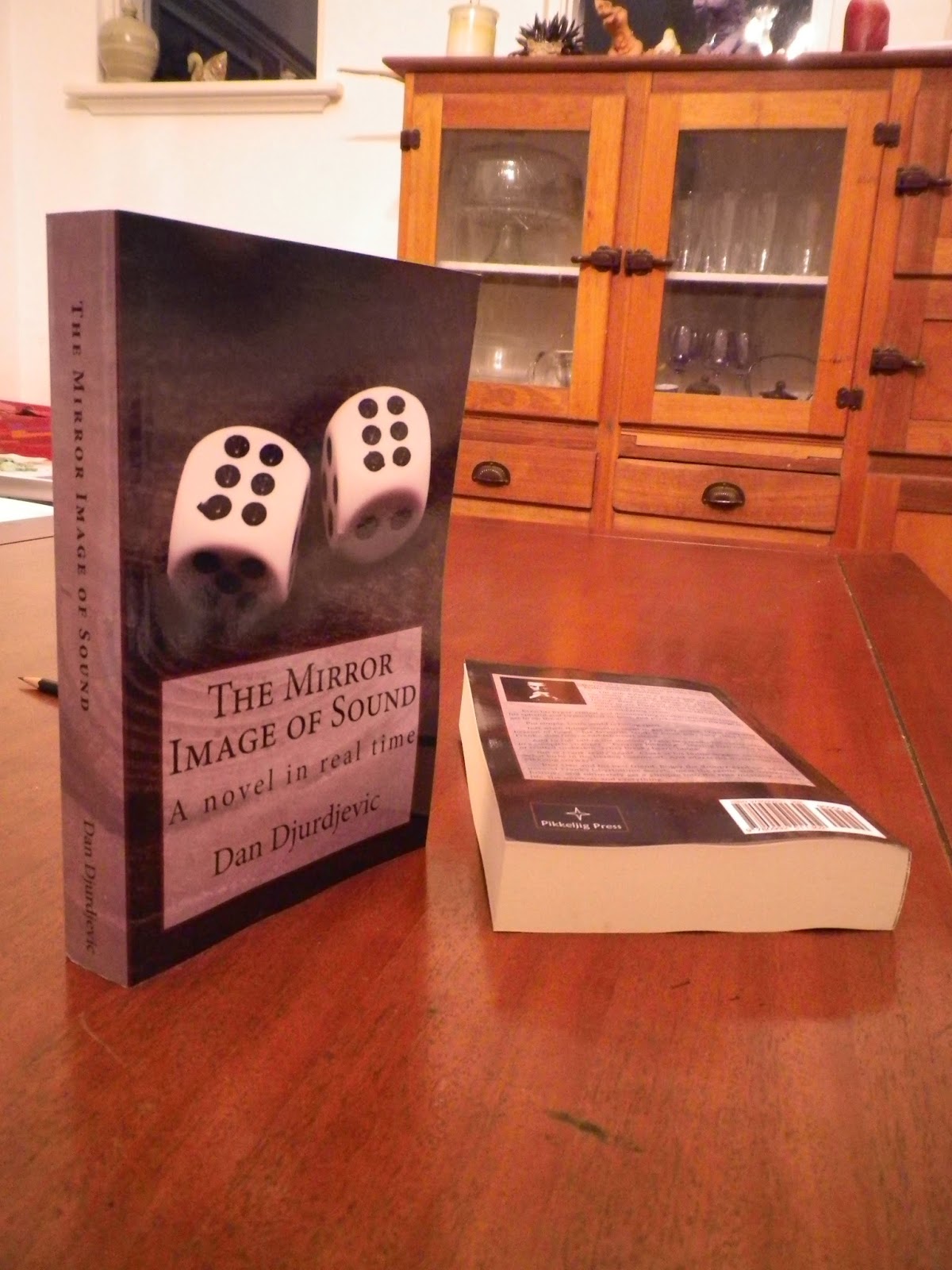 I say that's quite good for someone who has no exposure as a writer of fiction!

The novel has since been published in print and in a Kindle version.  You can buy a copy from Amazon if you're interested (there is a little bit of martial arts in there - although my alter ego mostly gets beaten up!).

Anyway, if you bear in mind that I work a 10 hour day in my "day job", and that this was written principally between the hours of 10 pm and 2 am each night, you will get some idea why I wasn't blogging here quite so much...

So that took me up to the end of March.

The next 4 months were largely devoted to a gargantuan project of developing two new websites for our martial arts school - The Academy of Traditional Fighting Arts in Perth, Western Australia.

Basically I created two new websites - a public one: http://www.tfaperth.com and a students' only resource website (the latter comprises 169 separate pages with about 400 embedded videos).

The flash video below goes through the websites and gives some idea of what they contain.  (Please note that the video might take a while to load.) 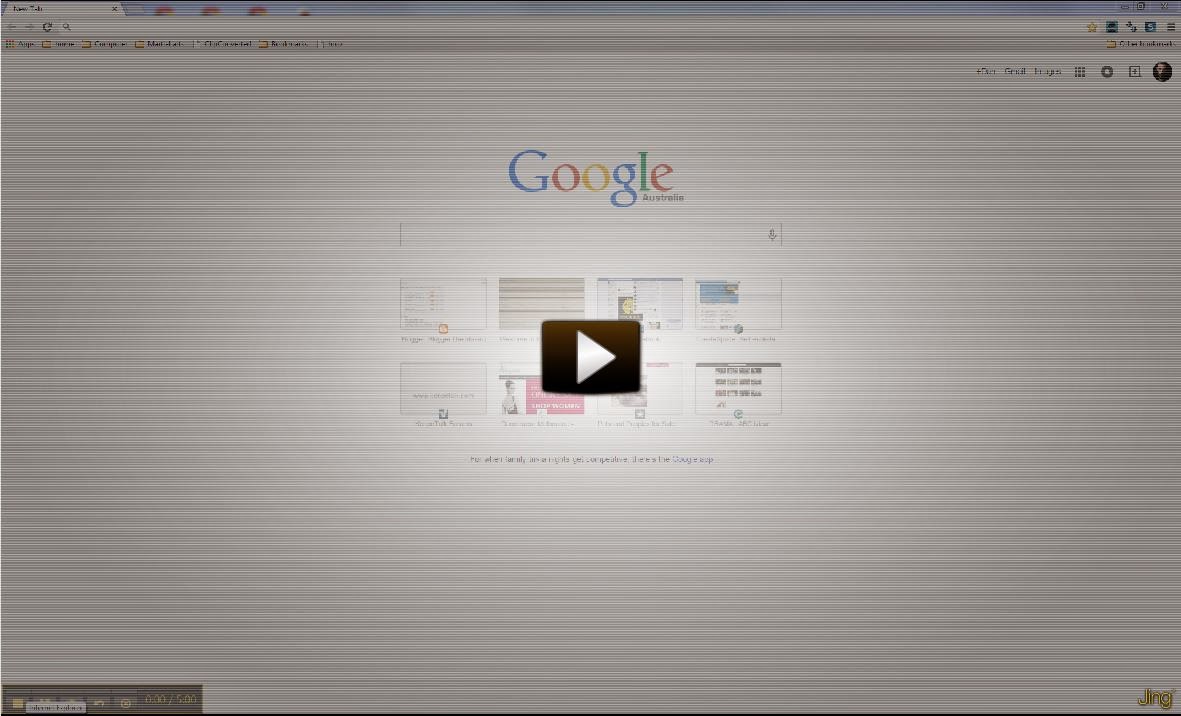 I returned to this blog with a burst of activity in August - 8 blog posts including some big ones, eg: "Why traditional martial arts punch to the chest" and "Avoiding the clinch: more on civilian defence grappling".

In September I was also privileged to be one of the instructors at the annual IAOMAS conference, which was heaps of fun and, for me as a student participant, informative.

From late September to the end of October I was quiet on the blogging front (although I did find time to participate in the ALS ice bucket challenge and write a surprisingly controversial article about it). 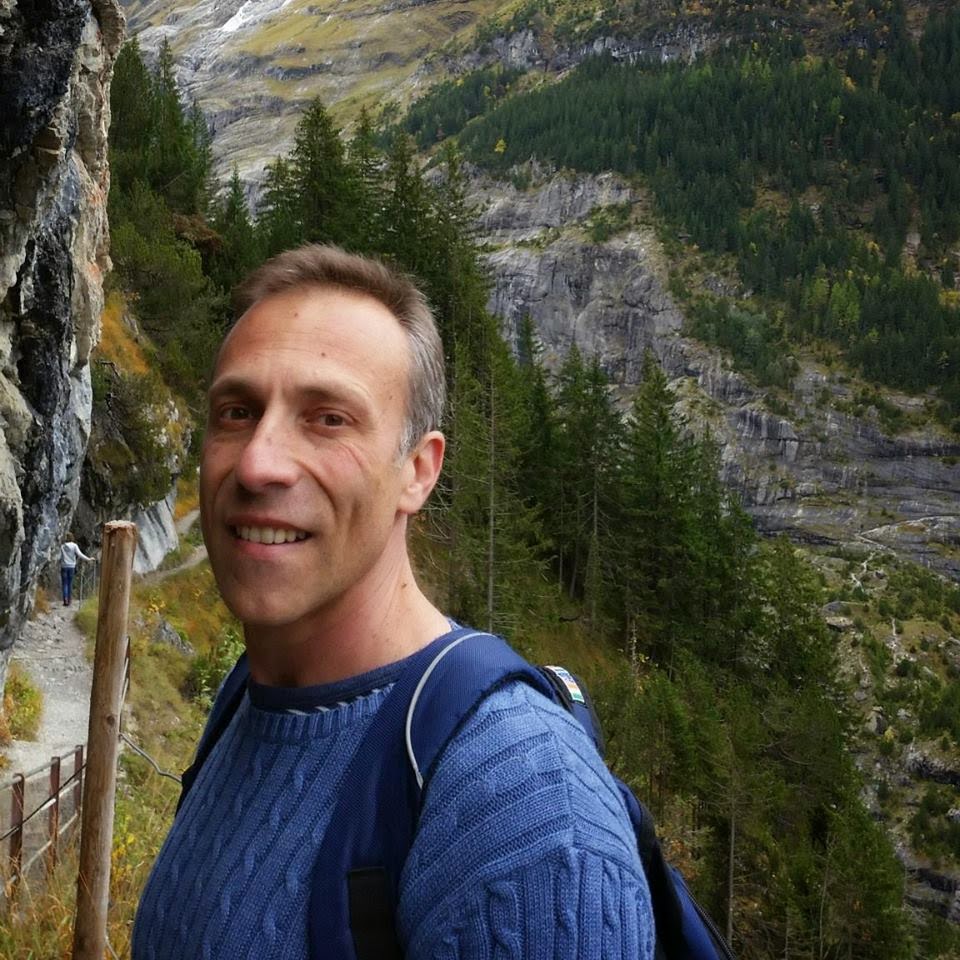 There was a good reason for the lull in these months: I was in Europe, taking my family on a well-earned holiday.

When I returned in late October I had just enough time to write a (fairly popular) piece on a potential Chinese ancestor to tensho kata.

In that month I also published a number of "micro" posts; posts that were commenced earlier this year but never really completed or expanded.

As a result you'll see a number of short posts in the months of March through to July.  These typically comprise a video shot during the relevant month (I was still training and teaching throughout these periods) and little else.

Because the posts cover a variety of important topics, I hope to revisit them more fully in the future (eg. my discussion about the "C" back in the internal arts).

Countdown to the end of the year

From November onwards I knuckled down to "make up" for the relative lack of activity earlier in the year.  I can honestly say I've been burning the candle at both ends (not unlike my writing of The Mirror Image of Sound).

In this time I canvassed a number of important topics, in particular I tried to:
Somehow I also managed to write a surprising amount about Ed Parker's kenpo: see "What did Ed Parker study?", "Why good basics matter", "Cross stepping: power and pitfall" (which wasn't originally going to refer to Parker at all) and "Parker's hand postures".

The cost of reckless writing

In doing all of the above I seem to have succeeded in putting a lot of people off side; I've had a record number of complaints and some quite angry feedback - from irritated karateka who feel I'm trying to "improve" their art, scathing internal artists who felt I was unqualified to speak on their subject, disaffected ninjas who disliked my take on a particular godan test, and offended American kenpoists who took me to task for my criticism of Ed Parker.

I thank you all for your feedback as it all makes for a better blog.  In particular I want to thank those who have supported me despite my missteps.

In respect of the latter, the most difficult (and important) realisation for me lately has been the cost of writing in my usual "stream of consciousness" style.  I know I've been a little too reckless in what I've been posting.  This has resulted in me offending a few people unfairly and needlessly.  This has included a few good friends.

I acknowledge that I shouldn't have done this.  All I can usefully say (other than offer a sincere apology) is that I have learned from this experience.  Disagreement is one thing.  Rudeness and callousness is another.  The latter are not really excusable.

Despite my sense of regret surrounding some of my martial writing, I do note that it has been a year of at least some sort of achievement. 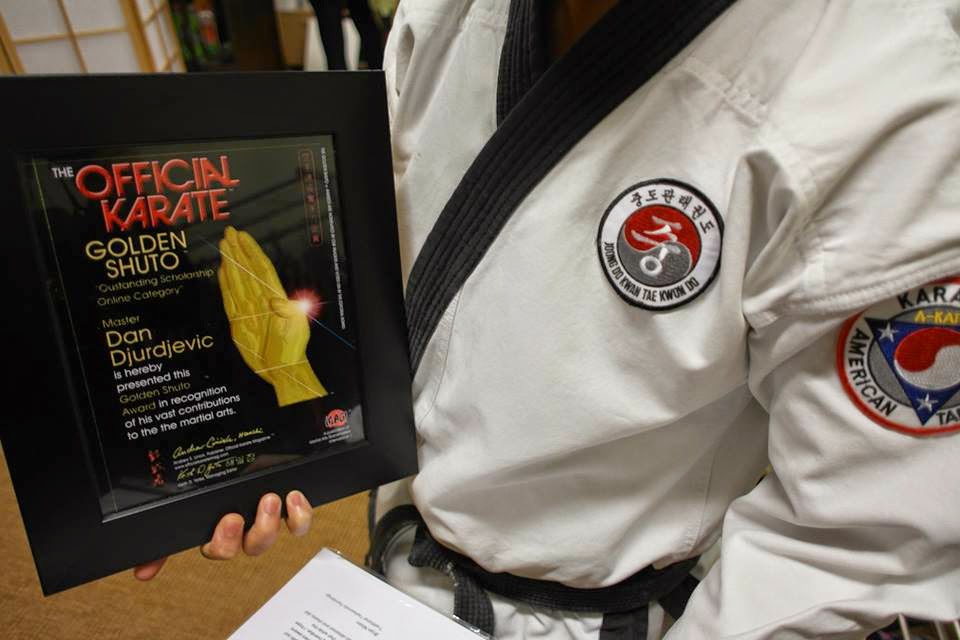 Obviously a high word count alone isn't really indicative of anything, but I hope some of this has been informative to others.  I certainly wrote it with that aspiration.  I am heartened to have heard from at least a few people who say that it has been of use to them (and to have received a few donations - thank you).

In June I was very humbled to receive a "Golden Shuto" award from Official Karate Magazine for "Outstanding scholarship online" (thanks again to Dragan Malesic and Colin Wee).

I also note that this blog has hit a record number of page views, running just short of the 1 million mark, a record monthly total of just under 40,000 pageviews and a record daily total of 2922 page views (on the night I published "The 7 signs of a martial personality cult").  I was hoping to reach that 1 million pageview goal by December 31st but I can see now it will elude me.  No matter - next year is another year. ;)

So forgive me if I take a break for a while.  I might not do any writing at all for a month or maybe two.  (I think I should really take a break!)  But as always, I'll be back.  I can't seem to help myself.

May you all have a safe, healthy, happy and fulfilling new year!