October 28, 2009
It has occurred to me that I have not ever addressed one of the major elements of traditional fighting arts before: stances.

Another ubiquitous stance is “horse stance”, which is typically bow-legged with the feet 1 ½ to 2 shoulder widths apart, toes either pointing straight forward or off at 45 degrees. It is common to most northern (and some southern) shaolin schools of gong fu / wushu where it is known as “mabu” or “horse step”. In karate it takes the form of either the kiba dachi from naihanchi or the shiko dachi from Naha te. The latter is also used in the Japanese art of sumo and various Indian wrestling disciplines.

Then there are the myriad other stances, most of which have their counterparts in different systems. These include the cat stance (“neko ashi dachi”) and the pigeon-toed “battle stance” (called “sanchin dachi” or “zhan bu / chien be”). Both the latter stances are to be found in karate as well as white crane and other Hakka systems of southern China (for example the art of ngo cho kun / wu zu quan or “5 ancestor fist”). Other common stances are the “back stance” (“kokutsu dachi”) which has its counterpart in the san ti posture in the internal art of xingyi.

That stances should take a common form in different martial arts is hardly surprising. The human body can only be put into a limited number of functional postures.

What is surprising is that they should all use stances in the first place, when modern combat sports don’t have any similar “formal” footwork.

So why did different martial arts traditions develop such similar "formal" stances? What purpose do they serve?

I’ve heard many a combat sports practitioner ridiculing traditional stances with the argument “no one fights like that”. One kickboxer told me that if I were to assume a forward stance he would simply kick my front knee and break it. Indeed.

What this particular fighter wrongly presumed is that stances are fixed postures that one might assume and hold (perhaps as an "on guard" posture). This is not the case.

I have previously written an article outlining the differences between taijiquan and yoga. Where both are often lumped together under a “new age umbrella” they really are very different in goal and function. Most relevantly, taijiquan, being a martial art, does not have fixed “postures”. It has stances, but unlike yoga these are not postures to be adopted in a static mode. The same applies to an art like karate. The stances are points of transition; they are snapshots in a continuum of movement. Yes, they are often held statically in training for the sake of conditioning. But this is an exercise only. 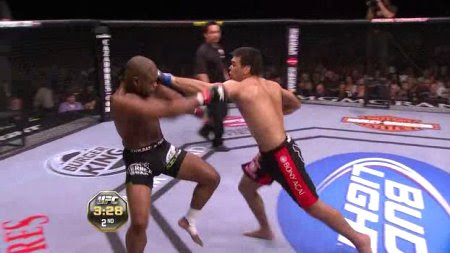 In application they are positions of extension (a lunge into the forward stance) or contraction (coiling back into cat stance) or steadying postures (dropping into horse stance to take a load, as per sumo). The traditional martial artist will flow through these postures in a dynamic way, never pausing. A camera taking stills will however be able to pick out individual points where the stance “was held” – however fleetingly.

But why practise stances? Surely a good workout can be had without adopting what seem to be overly formal, classical postures that many argue are akin to dance steps? Why not spar – and go through all the extensions, contractions, steadying etc. without learning formal stances?

The answer lies in:

(a) the need to develop kinaesthetic awareness; and
(b) the importance of muscle-specific exercise.

In the first case (kinaesthetic awareness), by training in stances you give your body a framework of known points in time and space. Your body becomes aware of its positions of stability and strength and its positions of imbalance and weakness in each formal stance. Between all the various stances the full “picture” is covered. Every other “informal” posture can be seen as an amalgam of various stances or more relevantly a point of transition between stances.

Accordingly, by training in traditional stances a martial artist gets to know where and how to step to maximise balance, transfer momentum and impart force. The fixed points of the stances are akin to triangulation in isolating the origin of a radio or other electronic signal; once you have certain variables the body will, through extrapolation, “fill in the blanks”.

The flip side is, as I have said, muscle-specific exercise. Lyoto Machida has demonstrated just how important stancework is to fighting. He is one of the few MMA fighters who is able to dart in and out of what I call the “melee range” with astounding speed and precision. His ability to “reset” himself while his opponents are left wrong-footed is not lost on commentators. Looking at his pre-MMA karate sparring style (which relied heavily on traditional stances), I’m not surprised that he can do this. Timing issues aside, very few people have the leg muscle conditioning to “explode” into action the way he can and does.

Nor can weight training and other exercise replicate the effect of stance training. It just doesn’t provide the same conditioning. Sure, weights are an important part of any athlete’s workout. But ask a gymnast whether there is any substitute for handstands or working on the rings… If you want to be a gymnast you have to do those activities and no amount of other weight-bearing exercise will do.

Some will argue: “Surely traditional stances are nothing like fighting stances – even the lunges don’t necessarily look like a forward stance?” Look again. A forward stance, as I’ve frequently argued, is just a boxer’s stance elongated with the back knee straightened. Virtually every traditional stance is just a lower, harder to hold, more “formal” manifestation of a move you will make in sparring.

Just as Roger Bannister was able to break the 4 minute mile by increasing "load" (he ran up hills and with weights in a backpack), so martial artists hold lower and deeper stances so that higher ones become easier.

And just as gymnasts rely on core strength muscles to assist them, so stance-work (particularly learning to move from stance to stance) helps the traditional martial artist work the core muscles needed for stability in combat - particularly in the melee range.

I mention above that stances are more "formal" manifestations of postures you move through in sparring - but this is particularly so if you are using traditional melee range strategies such as tenshin (evasion) or taisabaki (body movement), combined with traditional “blocks” (deflections) and strikes. The latter tactics rely on effective, solid grounding and lithe and decisive footwork.

So stances are indeed the metaphorical as well as physical foundation on which traditional techniques for civilian defence are built.