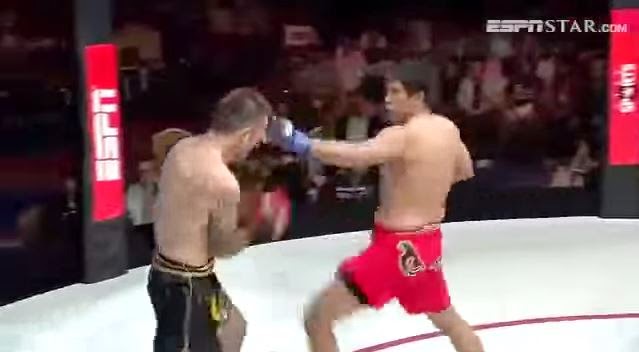 So how often do you see traditional techniques in MMA?  Rarely is probably a common answer but it would be a wrong one.

Noah Legel's recent recent essay on this topic on Ryan Parker's blog highlights just how many traditional karate techniques are actually used in the Octagon.  I really can't improve on Noah's work so I'll simply give you the link to his article.  After reading it, I'm sure you'll agree with me that traditional karate/gong fu techniques are everywhere in MMA - even if the practitioners are unaware that they are using "ancient knowledge".

But what if I told you that MMA would feature basic, formal karate of the kind you see in dojos throughout the world?  You know - the kind everyone lampoons: the stepping up and down the floor in forward stance using blocks and punches?

But it's all true.  Check out the video below if you don't believe me.

But what I found most surprising of all was this fighter's frequent use of... wait for it... oi zuki (lunge punch).  I mean, no one uses them - right?  Yet here they are. 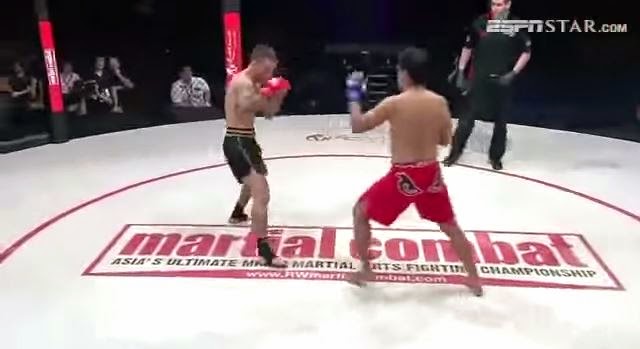 And then there's the fact that he does all this in a standard zenkutsu dachi (forward stance) with mostly basic stepping and just a little suri/yori ashi (shuffling feet) tenshin/taisabaki (body evasion/movement) (for the latter see 03:20 and 03:24).

He also uses the standard karate guard - with the hands held out rather than near the face.

And as you can see from the picture at the start of this article, he actually uses "hiki te" to pull his punches back to his hip (ie. he uses classical "chambers").

Of course the downward blocks are all against kicks - roundhouse kicks at that!  (Sometimes he even drops both hands - shock horror!  That can't possibly work!) 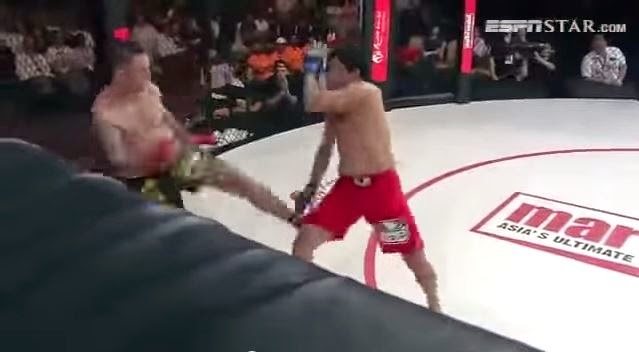 Then there's the fact that, true to his karate roots, the fighter manages to avoid clinches and being tied into the grappling range as much as possible.

Okay, it's true that this particular fight ends with a "ground and pound" - but it is won on the feet.  That's where the entire match is set up to be won.

So, to conclude, here is someone who is doing pretty standard dojo karate.  It's not even the more esoteric, "messy", "old-style" Okinawan variety I was taught, but rather the kind of clean, clinical basic "kumite" style of dojo sparring you see in mall dojos around the world.

I just love the way the commentators keep talking about his "unorthodox style".   It might be unorthodox in MMA.  But every karateka on the planet would look at him and say:

And they all said there wasn't such a thing as a "style" of fighting...